INTRODUCING THE FOAM ROLLER THAT STARTED A REVOLUTION

As more and more people discover the benefits of foam rolling, JM Innovations announces the arrival of the newest tool to help with Myofascial Release — the Vortex Massage Foam Roller.

The actual massage foam rolling concept works the same. By slowly rolling over the product, athletes, fitness enthusiasts and physical therapy patients alike use the pressure of their own body weight to massage and lengthen sore muscle tissue.

Benefits of Our Unique Vortex Design:

Features of the Vortex Massage Roller: 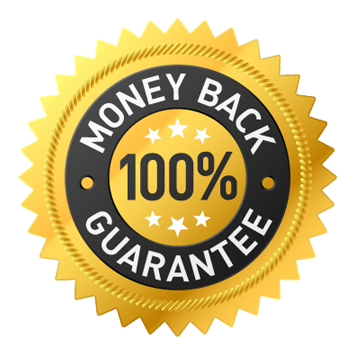 What people are saying about Vortex Massage Roller

Great Roller - Does exactly what it should - Christy Blake Hide text +

I think this roller is great! It does take time to get used to it. The roller is well made and built for the long haul. A DVD or pdf info guide would definitely make it even better! There are several emails of with infomation on how to use this but I opted out of receiving the emails too early. If the email information was sent in the beginning I would have rated this higher. To be fair the manufacturers provided great customer service and were very responsive to all the questions I had.

I would highly reccommend this roller – it is money well spent!

The Vortex Massage Roller is even better than I was hoping for! - PapaGolfer Hide text +

As a salesman, avid golfer and father of two, I put my body through the ringer 7 days a week! As soon as I saw this muscle roller, I knew I had to have one! I don’t have the time to work out like I used to and from head to toe, my body isn’t recovering like it used to. I’ve used the Vortex just about every day since I got it and the deep tissue massage is AMAZING! My back, shoulders, legs and even my hammies feel 1000% percent better – so is my golf game! I feel like I’ve got more energy to chase after the kids and I’m not as wiped out at the end of the day. I also like the fact that the rubberized foam roller is sturdy and easy to clean after a work out at home. I’ve tried a few other foam rollers and I’ve been disappointed but not this time! This one looks like it’s gonna last for a long time but if it doesn’t, I’ll definitely order again!

This Vortex Massage Roller is the best way that I have found to effectively align, massage and relax my back. At work I am on my feet for 8-10 hours a day at a stressful job taking care of others; when I get home I am relieved by the self massage that I get from a simple roll on the Vortex. I feel that other foam rollers I have used in the past were not sturdy or durable enough to pop and rub the stress away. However, with the tough PVC-like core, I know it will withstand daily use by a bigger guy like me. Being a larger man, I appreciate that it is long enough to use as both a vertical and horizontal massage roller so that I can really work out the tight spots in my lower back, where I hold most of my stress. Although, I don’t necessarily use it in this way, I am sure it would be great for exercise or fitness junkies. This roller might be a bit pricier than other foam rollers but is definitely worth the money!

Let me start by saying that this was the 3rd roller I ordered from Amazon.
The first one was 2-15inch rollers that could be combined into a single 30 inch roller. This thing was creaky and pure junk. Returned it.

The second one was one of the rollers that have multiple "zones" and there are a thousand similar ones on Amazon. this one was rock hard and hurt like crazy on my muscles. Returned it.

This Vortex roller, I originally looked at because my dad had received one for Christmas. I had tried it out and it has a softer, rubbery outside with the nice uniform grooves in it. I had tried the "cheaper" alternatives as mentioned before, but ultimately I ended up back at the Vortex roller. Its not the longest at 18 inches, and its not the cheapest (at $40), but it is definitely the best for a beginner to foam rolling. It is super sturdy and I expect to be able to hand this down to my kids one day(assuming foam rolling is still in fad then)
Buy this one and don't waste your time with any others.

A little longer and 1" smaller diameter than most of the small logs. It work really well for back, IT band and calves. Of the logs I have this is my favorite and have bought several for friends and family. The firmness and texture are just right, not too hard or lumpy and works the muscles better than smooth or a softer surface. Have had one for over a year with near daily use and it looks and works like new. Like all plastics it has a slight smell when first opened, which quickly dissipates.